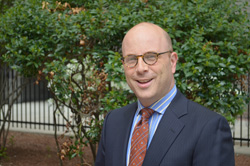 Eric’s civil litigation practice focuses on employment, commercial, zoning and land-use disputes. He has argued cases before a range of state and federal tribunals in Massachusetts and other jurisdictions. Eric also represents clients in First Amendment matters and federal deportation proceedings. Aside from his litigation practice, Eric regularly provides legal advice to companies who wish to minimize the risk of costly disputes by adopting effective commercial and workplace strategies.

Before moving to Massachusetts from New York City in 2006, Eric was a litigation associate with White & Case LLP, and a partner in Jones & Lucentini LLP.

Eric served his country honorably as an infantryman in the 3rd U.S. Infantry Regiment (The Old Guard), the Army’s honor guard and escort to the President. His decorations include the Army Achievement Medal with Oak Leaf Cluster, the National Defense Medal and the Air Assault Badge. 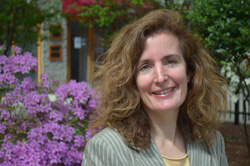 Sandra’s law practice is concentrated in general civil litigation, primarily before the District and Superior Courts. She also has a track record of success on appeals, both before the Supreme Judicial Court and before state administrative agencies such as the Department of Unemployment Assistance and the Registry of Motor Vehicles.

Sandra received her B.A. in International Business Administration from the American University of Paris and her J.D. from Fordham Law School, where she was a member of the Fordham Law Review.

Before moving to Massachusetts in 2006, Sandra was a commercial litigation associate with Patterson Belknap Webb & Tyler LLP in New York.

Sandra served honorably in the U.S. Air Force. After graduating from the prestigious Defense Language Institute, she was stationed in Berlin, Germany, where she was a Russian cryptolinguist. Her decorations include the National Defense Service Medal and the Meritorious Service Medal.

After leaving the Air Force, Sandra spent nearly a decade living in France. 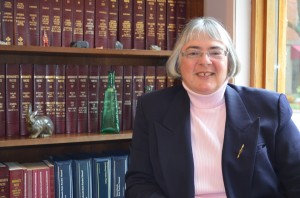 Elaine has decades of experience in all aspects of labor and employment law. Her specialties included collective bargaining, personnel and education law, nonprofit personnel issues, and representation of businesses organizations in discrimination matters. Elaine was an associate and partner in the Springfield management labor law firm of Skoler, Abbott & Presser, P.C., where she handled a wide variety of labor law and employment litigation matters. She served as Labor Counsel for the City of Northampton from 1997 to 2012, and as Northampton City Solicitor from 2009 to 2012. Elaine also possesses significant business law experience and served as Associate General Counsel at Springfield Institution for Savings.

Throughout her career, Elaine has taught a wide variety of legal and labor relations courses at Western New England School of Law, the University of Massachusetts, Westfield University, American International College, the American Banking Institute and Syracuse University’s College of Law. She maintains an active speaking, seminar and in-house managerial training schedule.